Thus, he began the afternoon by listening to our Year 9 and 10 representatives’ opinions on what frustrated or confused us about America.  These topics varied from gun crime to their involvement in foreign affairs.  We ended on a lighter note, talking about what we liked or what inspired us about America: the answers ranged from the American Dream, their unity and their food!

We would like to thank Ambassador Barzun for visiting us, as well as the staff who organised this visit. 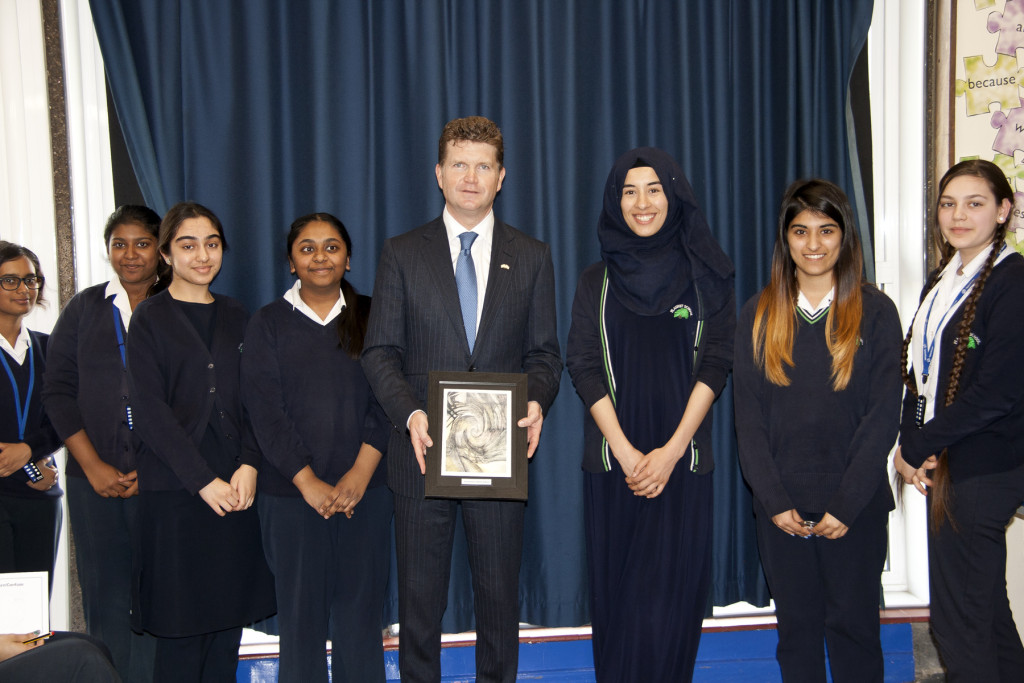